When magnetic nanoparticles such as magnetite are suspended at high concentration in aqueous or non-aqueous carrier fluids, the entire system behaves as a continuum of magnetic fluid, known also as a ferrofluid. The rheology and interfacial shape of ferrofluids can be tuned with external magnetic fields, often in useful ways. We computationally model the magnetically induced interfacial deformation of a magnetic fluid (ferrofluid) and the critical magnet distance (from the undeformed free surface), for which the static interface transitions into a jet. Here we directly solve the two-phase Navier–Stokes equations coupled with the magnetic Maxwell equations. 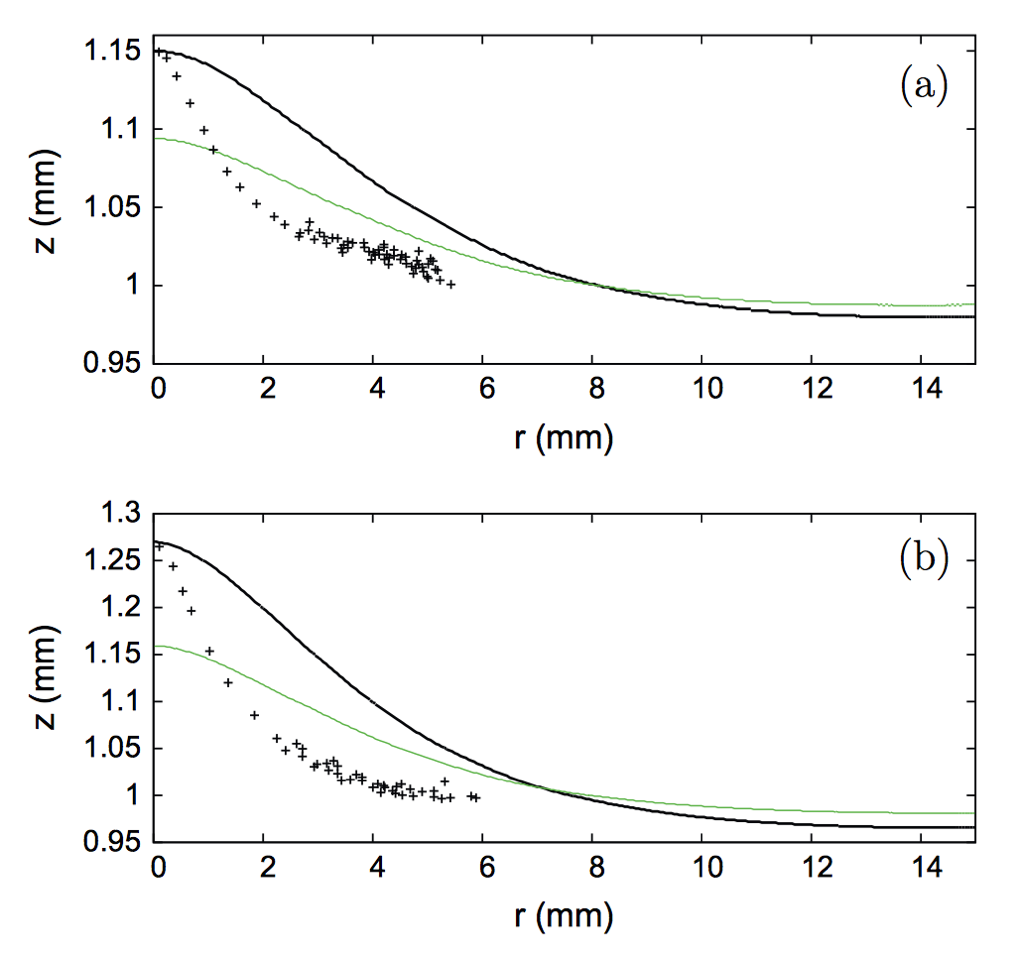 An attractive technique for forming and collecting aggregates of magnetic material at a liquid–air interface by an applied magnetic field gradient was recently proposed, and its underlying principle was studied theoretically and experimentally (Tsai et al., 2013): when the magnetic field is weak, the deflection of the liquid–air interface has a steady shape, while for sufficiently strong fields, the interface destabilizes and forms a jet that extracts magnetic material. Motivated by this work, we develop a numerical model for the closely related problem of solving two-phase Navier–Stokes equations coupled with the static Maxwell equations. We computationally model the forces generated by a magnetic field gradient produced by a permanent magnet and so determine the interfacial deflection of a magnetic fluid (a pure ferrofluid system) and the transition into a jet. We analyze the shape of the liquid–air interface during the deformation stage and the critical magnet distance for which the static interface transitions into a jet. We draw conclusions on the ability of our numerical model to predict the large interfacial deformation and the consequent jetting, free of fitting parameters. 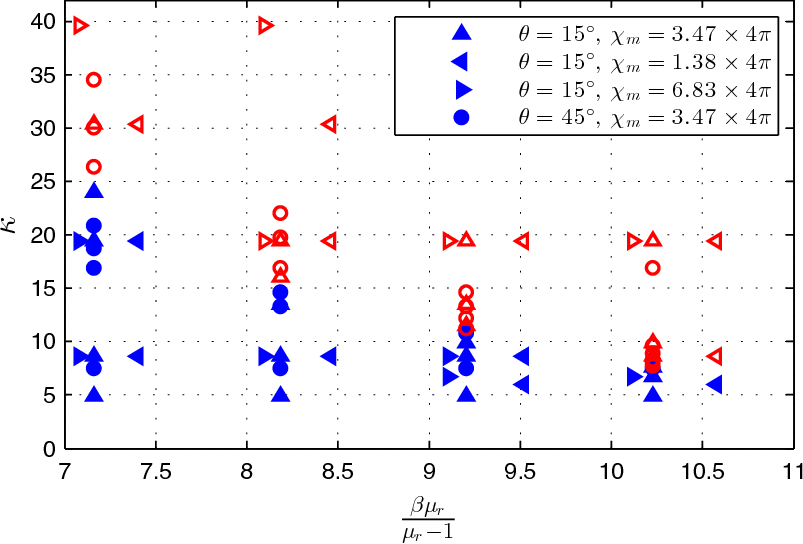 We study magnetically induced interfacial instability of a thin ferrofluid film subjected to an applied uniform magnetic field and covered by a non-magnetizable passive gas. Governing equations are derived using the long-wave approximation of the coupled static Maxwell and Stokes equations. The contact angle is imposed via a disjoining/conjoining pressure model. Numerical simulations show the patterning resulting from unstable perturbations and dewetting of the ferrofluid film. We find that the subtle competition between the applied field and the van der Waals induced dewetting determines the appearance of satellite droplets. The results suggest a new route for generating self-assembled ferrofluid droplets from a thin film using an external magnetic field. An axisymmetric droplet on a surface is also studied, and we demonstrate the deformation of the droplet into a spiked cone, in agreement with experimental findings.